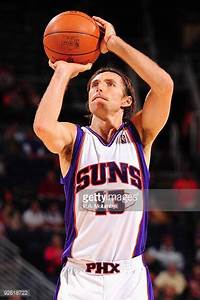 Growing up timid in an obscure corner of the Arizona desert in a marginalized family –  a father in a life-long employment struggle and an Asperger mother who preferred to spend most of her time inside her house, left me feeling shall I say, a tad vulnerable, isolated, ignored and forgotten.

My goal, then, was to find a way into the center of other people’s attention.

From a young age, I wanted a bigger voice, a bigger platform – I wanted people to notice… me. I had hoped sports might provide that. I played youth football, basketball and baseball, the sports my friends were playing and the professional sports I followed most closely growing up. Athletes garnered the greatest respect among my peers. I authentically loved sports, so my motivations were complicated, but feeling like I had to use sports to worm my way into glory and adulation is not a good reason for competition.

Of course it didn’t work. I wasn’t a good enough athlete. I worked pretty hard and I did reasonably well in the recreational leagues I participated in, but I was never good enough to get off the bench on the school teams nor did I make varsity teams as a senior.

I’ve had a life-long struggle with social anxiety. Day to day, I think I make everything higher stakes than the normal person. On top of that, I’m a bit weird, a little off, slightly unorthodox, I don’t always present myself well. It takes a lot of confidence being me and confidence wasn’t something I was born with. I’ve gotten more confident over the years.

A two year religious mission in Alabama was the most significant thing in my life that actually got me to step into myself. I felt the urgency of what I considered to be a once-in-a-lifetime experience. I talked to everyone, worked as hard as I could, tried to follow every mission rule precisely, and annoyed many of my mission companions along the way. Most of this was just what I needed to do, even if it wasn’t exactly a recipe for missionary success in terms of finding Mormon converts.

And it was especially difficult for my companions who had their own ideas, their own way of doing things. I was senior companion in my second area. I trained brand new missionaries four times. I think my mission president recognized I needed these two years being in control. It was my first significant effort to find my voice, to find my place. I wanted control over that. I didn’t really know how to calibrate myself with another person. I was a solo act and had no idea how to perform in a band, or even a duet. I just needed someone to tag along, so my Mission President largely accommodated me – giving me very young companions mostly, who could spend a couple of months with me to get a feel for how things could be done, then could go off on their own direction.

It’s Not About Me

These experiences were prelude for the central thesis of this blog post – that it’s not about me. It has never been about me. It will never be about me. Never. From Adam Miller:

Consider an analogy. Say that I’m concerned about my own life, about whether this life is good, whether I’m being true to the things that matter to me, and whether I’m on track to finding real happiness.

In this case, I’ll be tempted to fall into the assumption that if I’m worried about my own well being and happiness, I should put more and more time and effort into making sure that my own happiness is secure.

The temptation here is to think that my life is about me.

But I think this is a fundamental mistake: my life is not about me. And the more I focus my life on my own happiness, the worse off I’ll be, the farther from happiness I’ll be, and the more fraudulent I’ll feel (and be).

As Jesus puts it, I can only save my life by losing it. If I try to save my own life, then that life will inevitably be lost.

The other day I was thinking about some of the books I’ve read, some of which have really meant a lot to me. In the moment, I realized how little I knew or cared about the lives of the author of those books, they are really just names. Many of those authors are dead and gone. I know nothing about their lives. I have no relationship with them at all. I enjoyed their books, but they are not their books.

Of course, we are all more important than the work we produce. We have families, people who value us for who we are, even if we do nothing of significance. When we die, people morn, even if it’s just a few people. Someone cares, or should care. No one should die alone.  . As human beings we are bright stars in a flat, complicated relational network, each human just as important as the other.

But the work we do is different. A famous author writes a book and if the book is good enough and recognized enough, it continues long after the author dies. The book lives independent of the author.

Steve Nash was a famous point guard for the Phoenix Suns when they were good. He won two MVPs. He was small and quick and among the best shooters and passers in the world, among the best in NBA history.

I heard him give an interview once about his propensity to over-pass. His coach told him he was being selfish by not shooting. He was among the best shooters in the world and he was hurting his team by not taking more shots. It wasn’t about Steve Nash, it was about the Phoenix Suns. But not really, it wasn’t about the Phoenix Suns, it was about the NBA. But not really, it’s not even about the NBA, it was about the millions of people worldwide. Fans who love watching great teams compete at the highest levels. He was only going to be able to play at an elite level for a few years. He was blessed with a combination of very unique skills that just happened to be extremely useful in this particular way. He was at his best when he was able to serve humanity in this capacity. For the good of mankind, Steve Nash needed to shoot the ball.

A Night in a Cafe

Last week my wife and I went to a cafe to play some chess and Go (my latest obsession). This cafe tends to have live music and I thought it would be nice to play some brain-stimulating games, listen to music and enjoy each others company.

That is exactly what happened. A random couple, a man and a woman, maybe they were married, who knows, I’ll never see them again, came into the cafe, set up their sound systems, got out their guitars and started playing. There were just a handful of us in the cafe. We mostly forgot to clap after she finished a song. When one of us remembered, no matter how soft the clapping was, she gave an appreciative and enthusiastic thank you. Her voice was beautiful, the songs were good, and she made the evening more pleasant. But she didn’t really do it, well not directly. She made the choice to be there, to sing,. Earlier, she practiced and learned an instrument. She learned music, learned how to sing well, learned how to tune and control her voice. She was able, in that moment, produce a performance. The performance lives on in my memory. I don’t even know her name.

I recently had the honor (and I love this podcast so it was an honor) to be invited on a Mormon Matters podcast about the October session General Conference. It was a last minute invite, so I had no time to prepare. I only had the opportunity to watch Sunday’s two sessions. I’m pretty sure I wasn’t the first choice. He actually had two other very dynamic, outgoing women on with me. The women’s session was emotional, the two women guests spent a large portion of the podcast discussing the session of conference I hadn’t watched. I didn’t get much time on that podcast. They were Steve Nash putting up shots. I was a role player hanging around the rim trying to get rebounds in case one of them missed. They rarely did. The resulting episode was great, a gift. It wasn’t about me, at all.

Where does that lead me now. I often see someone doing something and thinking, dang it, I wish I were doing that. But why? Why does it matter if I do it as long as its getting done. Its my job to figure out work that’s not getting done and do that. Some of that work is of such a nature that I’m the only one on this good earth that can do it. And when the work is finished and I move on to the next thing, if I’ve done it right, it might last a while, living in the world in such a way that no one quite remembers who put it there.